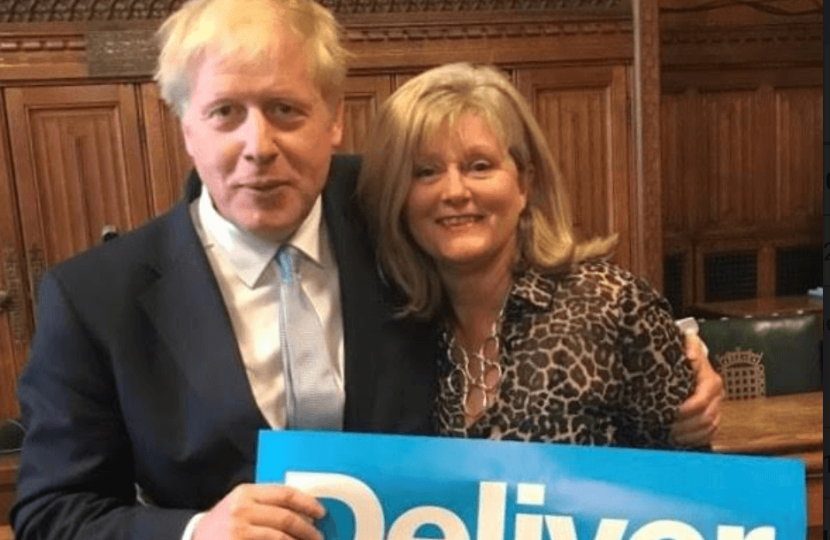 St Albans MP and long-term supporter of Boris Johnson, Anne Main, has today welcomed the news he has been voted in as the new leader of the Conservative Party and Prime Minister.

The leadership election result was read out shortly after midday in the QEII Centre in Westminster. Mr Johnson secured 92,153 votes compared with 46,656 votes for Jeremy Hunt. That equates to 66.4% of the vote against Mr Hunt’s 33.6%. There was a high turnout of 87%.

Tomorrow, Theresa May will hold her last Prime Minister’s Questions before formally resigning. She will then go to Buckingham Palace to advise the Queen that Boris Johnson be appointed as the next Prime Minister.

“I want to congratulate Boris Johnson on being elected as our next leader and Prime Minister. I believe that Boris has the vision, energy and experience to be an excellent leader for our party and our country. We must deliver on the referendum result to leave the EU and I believe Boris is the best person to deliver that.

“Once we are past Brexit, I hope that Boris will be able to reunite our country, boost our public services and help to create more wealth and opportunity for everyone in the United Kingdom.

“There is no doubt we are in testing times but with unity, optimism and leadership I strongly believe we have a very bright future ahead.”