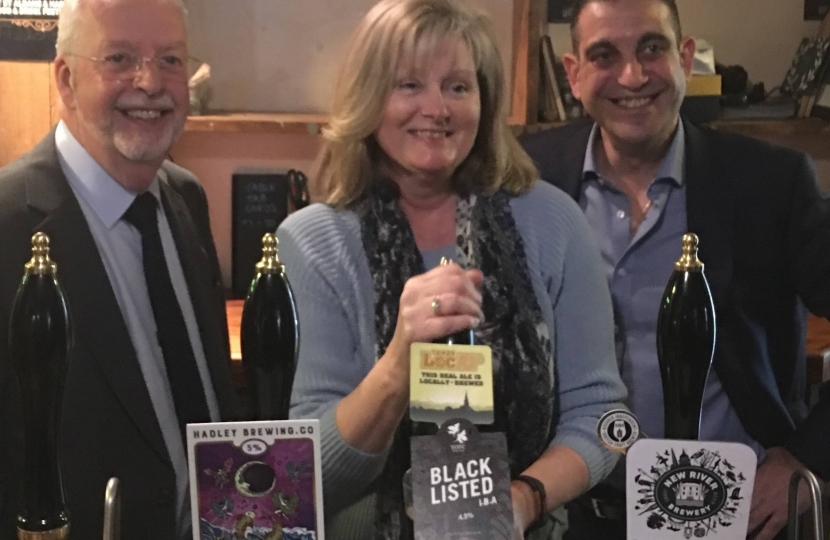 St Albans MP Anne Main has received a special award, in recognition of her support for the Long Live the Local campaign and helping to secure consecutive freezes in beer duty. Mrs Main was presented with the ‘Beer Champion’ award, a unique tap-handle trophy created especially for the occasion.

The award is an initiative from the British Beer & Pub Association (BBPA) to recognise the role of Mrs Main, and other MPs, in supporting British pubs and ensuring freezes in beer duty which has helped to secure thousands of jobs and millions of pounds of investment in the brewing and pubs sector.

Brewing and pubs are vital to the local economy in every part of the country. The Long Live the Local campaign is campaigning again for a cut in beer duty in this year’s Budget and so far over 90,000 people have supported the petition this year, including 140 in the St Albans constituency alone.

“I am delighted to receive this award and I must congratulate the British Beer and Pub Association for their long-running and successful campaign.

“Pubs are so important to the St Albans community and I will continue to do everything I can to ensure they get the support they need from the government.

“I have had several meetings with government ministers in the Treasury and held debates in Parliament on the topic of support for pubs this year. I hope we now see some real action to support this important sector in the upcoming budget.”