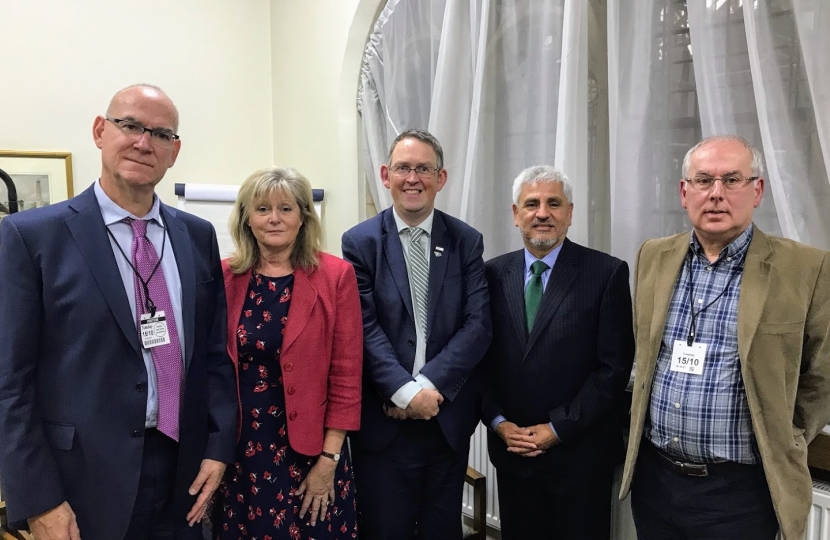 Anne called for the meeting ahead of Luton Airport’s expansion consultation, which opens today, and due to the prolonged delay of the RNAV flight path review to be conducted by the Civil Aviation Authority (CAA).

“This situation is intolerable and has destroyed any trust between Luton Airport and the communities that are overflown”, said Mrs Main. “The judge and jury arrangement between Luton Borough Council and the Airport has meant that residents feel they have no voice and whatever they do doesn’t make a difference.”

Anne added, “Ultimately this is about trust. The Airport say they handle and respond to complaints, but they don’t. Nothing ever changes regardless of how many complaints residents make so a lot of them have given up. Luton Airport then claim that noise complaints are down due to their good work. It’s totally unacceptable.”

Mrs Main also pointed out that the Airport has breached trust with residents over noise limits. She said, “Rules are imposed on the Airport to stay within noise limits. When they don’t operate within the rules, they change the rules to suit them.”

During the meeting with the Aviation Minister, Anne pushed for action on the review of the RNAV route from the CAA. She also pressed the Minister to arrange a meeting with NATS, the body set up to handle aircraft movements and flight paths, and local residents. The Minister agreed to action both those requests. He also assured Mrs Main that any proposal from the Airport for expansion will be carefully scrutinised by the Government.

Following the meeting, Mrs Main said: “Airspace change was included in the Queen’s Speech so it is a priority for this Government and this Secretary of State. Local people need to feel that they are being listened to and that action is being taken when airports step out of line. This is clearly not happening in the case of Luton Airport and something must be done about that.

“Luton have quickly exceeded their previous passenger number estimates and they will no doubt do that again if this expansion is granted. I will ensure residents continue to have their voices heard and I will oppose this expansion which serves no benefit to my constituents.