Reducing the hours of darkness 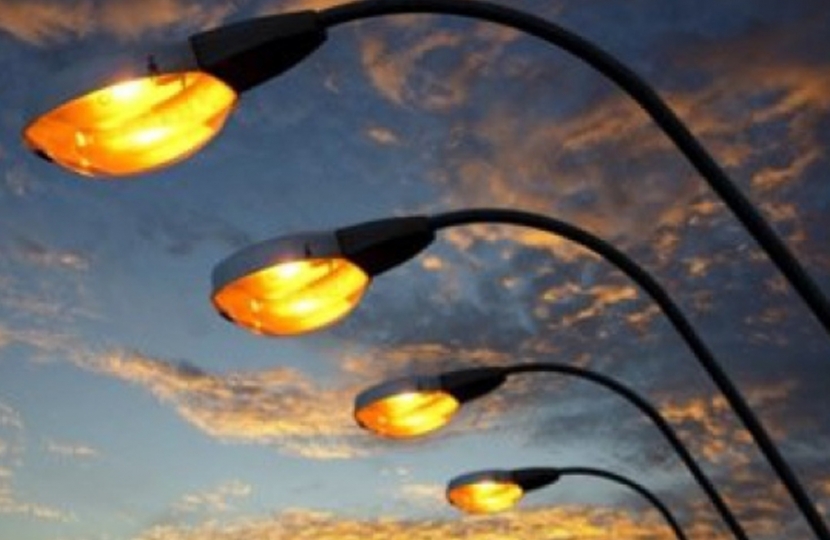 Herts County Council's Cabinet, at its meeting on 22 October 2018, approved the proposal to reduce the hours of darkness from the existing regime of midnight to 6am to a new period from 1am to 5am and will be carried out in areas that have LED street lighting installed.

Cabinet also approved the removal of the shields and/or adjustment of the angle of tilt of the lanterns to be addressed, as appropriate, upon request from Members and also the public via their Local Member and that the Part Night Lighting illumination Strategy will continue to be monitored and reviewed.

Following trials in Stevenage and Watford, the part night lighting is to include a two stage dimming process which offers a cost neutral alternative to the current lighting times.

Under the policy the lights will come on at dusk, then be dimmed by 50 per cent between the hours of 9pm and 11pm. Dimming the lights gives a more even distribution of light, eliminating blackspots. Between 11pm and 1am the light level will be dimmed a further 30 per cent, followed by a switch off between 1am and 5am, then full lighting from 5am until dawn.

The current part night lighting policy was adopted in 2012 as part of our street lighting illumination strategy to reduce energy consumption and our carbon footprint, as well as combatting increasing costs.

The new timings will be rolled out to each district as the streetlights are converted to LED. The completion of the LED conversion work is planned for March 2020 and to date around 65 per cent of street lights already have the new street lighting installed.