David is running as a district council candidate for the ward in which he currently lives with his wife and two children, Clarence Ward.  David is proud to say he is third generation St Albans, having had both his grandmother and mother live and grow up in St Albans.  David has always lived in the area, having attended Maple primary school before moving on to Townsend secondary school; He could often be found attending St Peters Church, where he sang with the choir.

David has worked in St Albans City  centre for the last 22 years, for one of the longest established companies in the city; previous to this, David built planes at the British Aerospace Centre based in Hatfield and then went on to work for BAE Manchester division, who's contracts included RAF and Airbus.

David is keen to do all that he can to improve St Albans City and wants to see improvements to the following:

1 Dirty streets and street bins overflowing
2 Poor condition and maintenance of the Verulamium Lakes
3 Keen to stop the needless Demolition of the Arena and Council Chambers. Wasting money on vanity projects and poor environmental policy.
4 Concerns over £13.79 + million overspend on new flats in Civic Centre
5 Keep the Charter Market
6 Changes to local planning policies stopping residents ability to have controversial plans called in and discussed
7 Building on green belt
8 Poor street lighting
9 Concerns over sale of public assets including WCs and the market depot 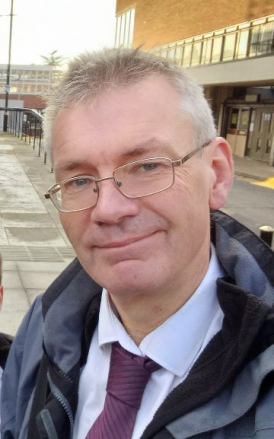