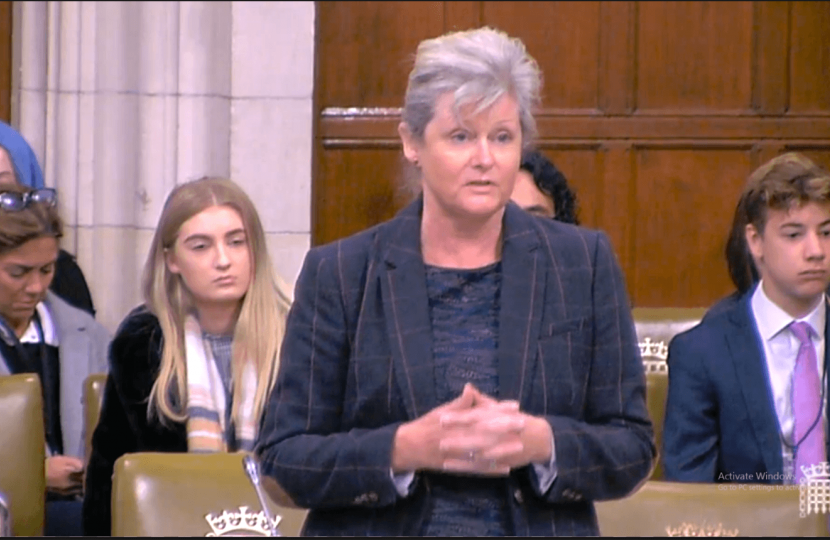 Yesterday in Parliament, St Albans MP Anne Main led a debate on school funding. Mrs Main called the debate and made the opening speech on an important issue. Anne’s speech pressed for more money to go into education ahead of the Chancellor’s budget next week.

During the debate, Anne raised the increasing pressures on school budgets and highlighted the growing additional costs schools have to pay themselves. Mrs Main also stressed the pressures that come from staff salary increases, including the obligation for schools to fund the first 1% of recently announced pay rises.

Anne said, ‘The simple facts tell us that more money is being spent on our schools and that is a good thing. But schools are not feeling the effects of this increase in funds.

‘Schools do not feel the effects of small budget increases as their increasing costs and financial obligations mean that they have less money to spend on improving pupil education.’

Mrs Main stopped short of calling for tax rises for the increase, saying ‘I am certain the Government can find the money [from existing budgets] for this if we prioritise our spending appropriately.’

The St Albans MP raised the pressures on special education needs children and the additional money schools have been calling for to help these pupils. Mrs Main also said that confusion surrounding the new National Funding Formula has meant schools have not been able to plan for the long-term financially.

After meeting with the Fairer Funding for All Schools campaign group and head teachers and parents in her constituency, Anne promised she would raise these issues with the school's minister in Parliament.

Speaking after the debate Anne said, ‘It is vitally important that we get this right and fund our schools properly. Teachers have had to work extremely hard in recent years with growing class sizes and diminishing resources – we need to help.’

‘I made the case strongly to the minister that more needs to be done and I hope he will take on board my comments and those of other colleagues.

I was incredibly grateful for the input from head teachers and parents in St Albans who spoke to me about their experiences and I really hope this will make a difference.

The Chancellor’s Budget is next week and it would be wonderful if more money from existing budgets was found to help our schools.’