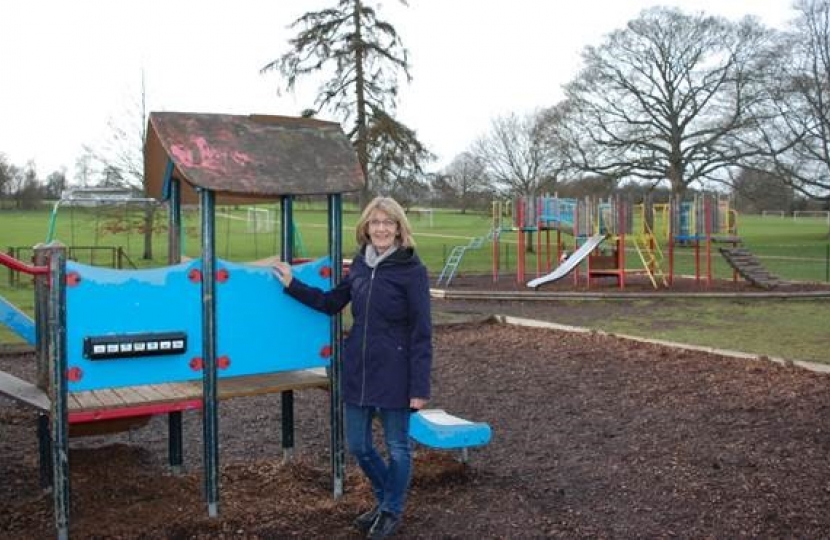 Five proposed designs for a new children’s play area at Verulamium Park in St Albans are to go on public display to gain valuable feedback.

Funding for the project has been secured by St Albans City and District Council, the park’s owners, and the community group Verulamium at Play.

Altogether £250,000 has been raised to replace the ageing swings, climbing frames and other attractions at the highly-popular spot.

The Council, working in partnership with Verulamium at Play, has commissioned designs from specialist companies.

They will go on display on Tuesday12 February at Verulamium Museum from 5pm to 8pm with all residents welcome.

Feedback will then be weighed up before a design is chosen and the work is put out to tender.

As part of the project, it is planned to relocate the play area to the other side of the path, beside the outdoor gym.

Councillor Frances Leonard, Portfolio Holder for the Environment, said: “I am delighted that this community-led project is now coming to fruition.

“I urge anyone with an interest in improving Verulamium Park, and the play area in particular, to come along to the meeting and give us your views.

“There is a range of exciting new designs for the play area and we want to ensure that whatever is chosen has the backing of all those with an interest in it.”

Zarrine Dye, secretary of Verulamium at Play, said: "We have had tremendous support from local businesses, families and the Council for this fabulous venture.

“We are thrilled that sufficient money is now in place to enable work towards a new play area to begin.

“The next stage is putting design ideas out to the public for discussion and I am sure there will be a big attendance at the meeting.

“Everyone I have spoken to is right behind our ambition of having a modern, exciting and more accessible play area in our beautiful park".

The money raised included £50,000 in S106 contributions, payments made to the Council by property developers for community infrastructure.

Verulamium at Play raised £64,000 from a crowd-funding campaign and other activities.

The Council’s City Neighbourhoods Committee, which maintains some community assets in the unparished area of St Albans, has contributed £137,000 from its budget.