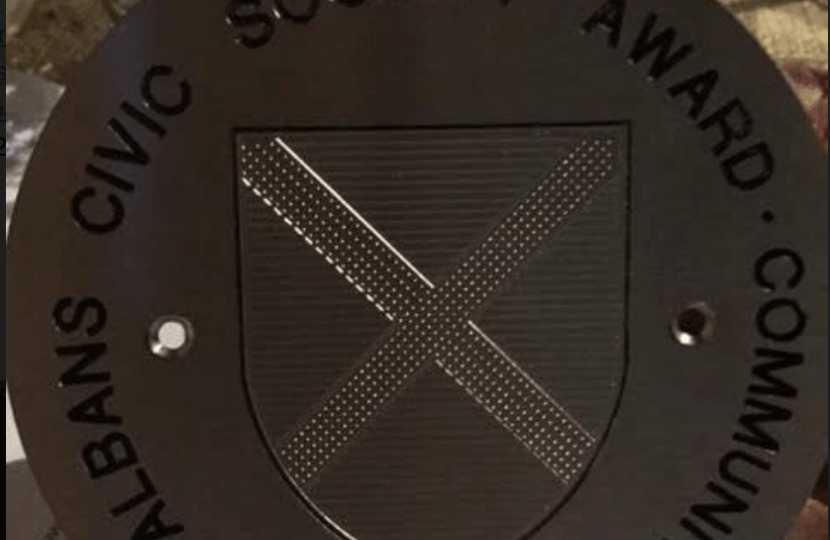 The Annual Awards Evening took place on the 24 July 2019; the Civic Society awarded the St Albans Museum and Galleries a distinguished award for Community 2018.

The Civic Society Often referred to as the ‘City’s Watchdogs’, and its the conservation and amenity movement for St Albans.

The Civic Society was founded 58 years ago in 1961 as part of the nationwide civic society movement, it was registered as a charity, and it is a non-political organisation ready to welcome everyone who cares about the future of St Albans.

The St Albans Museum and Galleries was one of the main projects from the Conservative Council and opened its doors to the public on Friday 8 June 2018 following a £7.75m two-year restoration project. Since opening, it has welcomed over 330,000 visitors and won 7 awards including 2 RIBA Awards for architecture. It was recently shortlisted for a Museums & Heritage Award and has been featured in this year’s Creative Review Annual.